Six families of victims of the Sandy Hook Elementary School shooting won a legal victory against internet and radio personality, Alex Jones, the conspiracy shock jock host of Infowars: the platform on which Jones alleged that the shooting at Sandy Hook was staged by crisis actors as a ploy to motivate stricter gun control laws.

The plaintiffs include the parents of five children who were attending the school when they were killed in the shooting, as well as family members of 1st grade teacher, Victoria Leigh Soto and Principal Dawn Hochsprung, according to a statement from the plaintiff’s attorneys.

According to the statement, the plaintiffs accuse Jones of a

“years-long campaign of abusive and outrageous false statements in which Jones and the other defendants have developed, amplified and perpetuated claims that the Sandy Hook massacre was staged and that the 26 families who lost loved ones that day are paid actors who faked their relative’s deaths.”

The Connecticut Judge has granted the families’ discovery requests which would allow them access to Infowars’ internal marketing and financial documents and has scheduled a hearing next week to determine whether to allow the plaintiffs’ attorney to depose Jones.

In his Friday statement, the plaintiffs’ attorney Christopher Mattei said that

“Jones’ actions subjected the families and survivors of the Sandy Hook shooting to physical confrontations and harassment, death threats and personal attacks on social media,”

“from the beginning, we have alleged that Alex Jones and his financial network trafficked in lies and hate in order to profit from the grief of Sandy Hook families. That is what we intend to prove, and today’s ruling advances our effort” (via the Hartford Courant).

Due to repeated violations of the respective terms and conditions of various social media outlets, Jones has been banned from Facebook, YouTube, Apple, and Twitter. Predictably, this was immediately spun by Jones as an attempt to silence the TruthTM by revoking his right to free speech, and that his supposed persecution would only strengthen him and his message.

However, that has not been the case thus far. Jones’ prediction that his banishment would strengthen his reach was based on what is known as the Streisand effect, which I wrote about in late May of 2018. In that article, I explained why we should not expect the Streisand effect to really take hold in certain situations, hence the title: The Streisand Threshold.

The Hartford Courant – We are currently unavailable in your region. (2019). Courant.com. Retrieved 12 January 2019, from https://www.courant.com/news/connecticut/hc-news-sandy-hook-jones-lawsuit-20190111-xao67zxhmnbrfm2wjnz5xjchcu-story.html 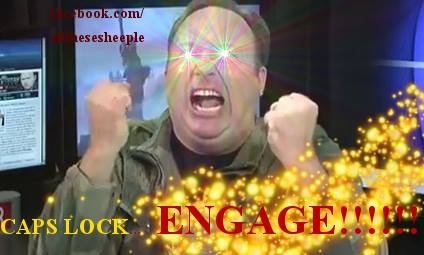