The tl; dr version is as follows: END_OF_DOCUMENT_TOKEN_TO_BE_REPLACED 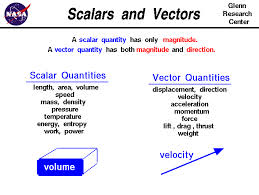 A practical Introduction to Vectors

The mathematical concept of a “vector” is ubiquitous in the realms of physics, engineering and applied mathematics. Typically, the concept is first introduced (usually in a first semester physics course or perhaps a trigonometry or calculus course) as a quantity with both a magnitude and a direction, and is usually Read more…