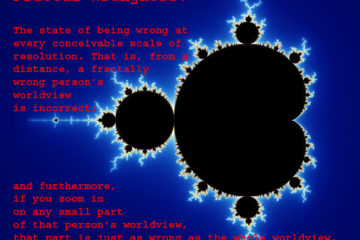 Introduction It’s no secret that humans are not always rational. Although innately possessing the capacity for complex and abstract reasoning, strongly-held beliefs and cognitive biases often lead people to use that ability selectively and/or to employ it in the defense of unfounded ideas via specious motivated reasoning.[1][2][3] One of the Read more…

By Credible Hulk, 3 years ago 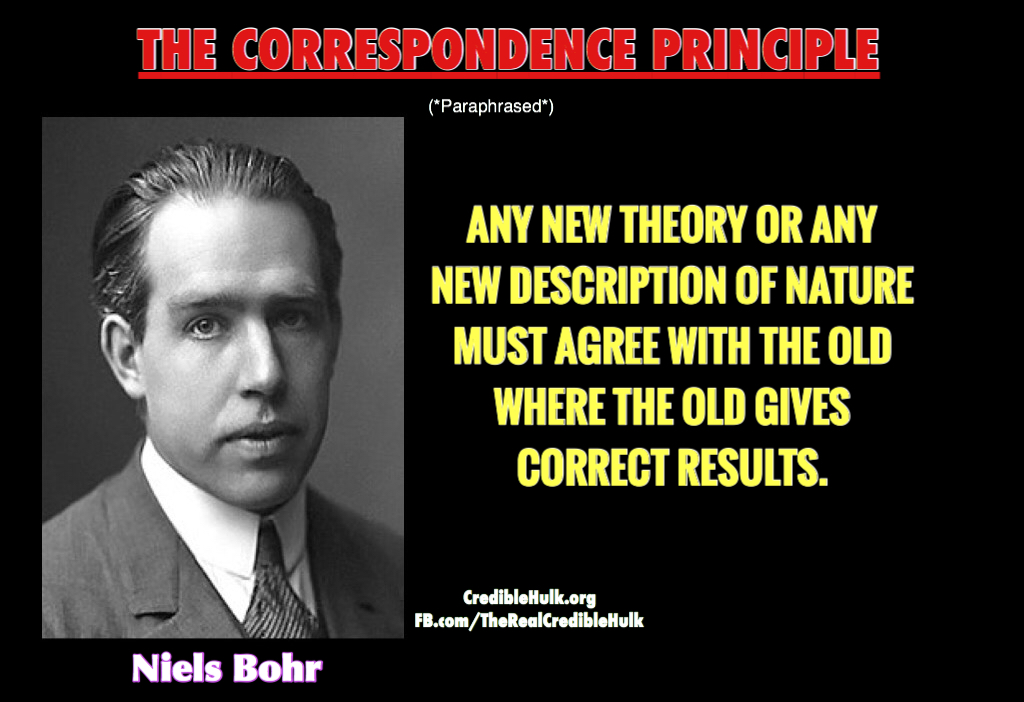 One of the intrinsic features of the scientific process is that it leads to modifications to previously accepted knowledge over time. Those modifications come in many forms. They may involve simply tacking on new discoveries to an existing body of accepted knowledge without really contradicting prevailing theoretical frameworks. They may necessitate making subtle refinements or adjustments to existing theories to account for newer data. They may involve the reformulation of the way in which certain things are categorized within a particular field so that the groupings make more sense logically, and/or are more practical to use. In rare cases, scientific theories are replaced entirely and new data can even lead to an overhaul of the entire conceptual framework in terms of which work within a particular discipline is performed. In his famous book, The Structure of Scientific Revolutions, physicist, historian, and philosopher of science, Thomas Kuhn referred to such an event as a “paradigm shift.” [1],[2]. This tendency is a result of efforts to accommodate new information and cultivate as accurate a representation of the world as possible. END_OF_DOCUMENT_TOKEN_TO_BE_REPLACED

Just as the term “theory” has a different meaning in science than its colloquial usage, the term scientific consensus means something different than “consensus” in the usual colloquial sense. The latter typically refers to a popular opinion, and needn’t necessarily be based on knowledge or evidence. On the other hand, a scientific consensus is, by definition, an evidence-based consensus. A convergence of the weight of existing evidence is a prerequisite which distinguishes a knowledge-based scientific consensus from mere agreement. This is critical, because the scientific enterprise is essentially a meritocracy. As a result, it doesn’t matter if a few contrarians on the fringe disagree with the conclusions unless they can marshal up evidential justification of comparable weight or explain the existing data better. The weight of the evidence is paramount. END_OF_DOCUMENT_TOKEN_TO_BE_REPLACED

Why The Asbestos Gambit Fails

People who oppose one or more areas of mainstream science have developed a wide variety of creative ways of rationalizing their rejection of scientific evidence and scientific consensus. Realizing that they cannot rebut a particular scientific idea on the basis of the evidence, some of them will instead resort to attacking the reliability of scientific knowledge more generally. A popular method of doing so is the Asbestos Gambit. The argument is that the story of asbestos implies that areas of strong scientific consensus can’t be trusted. The purpose of this article is to examine the history of asbestos use and the evolution of our knowledge of the health dangers it presents, and to explain why the Asbestos Gambit is a terrible argument on multiple levels. END_OF_DOCUMENT_TOKEN_TO_BE_REPLACED

Anyone who has spent much time addressing a lot of myths, misconceptions, and anti-science arguments has probably had the experience of some contrarian taking issue with his or her rebuttal to some common talking point on the grounds that it’s not the “real” issue people have with the topic at hand. It does occasionally happen that some skeptic spends an inordinate amount of time refuting an argument that literally nobody has put forward for a position, but I’m specifically referring to situations in which the rebuttal addresses claims or arguments that some people have actually made, but that the contrarian is implying either haven’t been made or shouldn’t be addressed, because they claim that it’s not the “real” argument. This is a form of No True Scotsman logical fallacy, and is a common tactic of people who reject well-supported scientific ideas for one reason or another. In some cases this may be due to the individual’s lack of exposure to the argument being addressed rather than an act of subterfuge, but it is problematic regardless of whether or not the interlocutor is sincere. END_OF_DOCUMENT_TOKEN_TO_BE_REPLACED 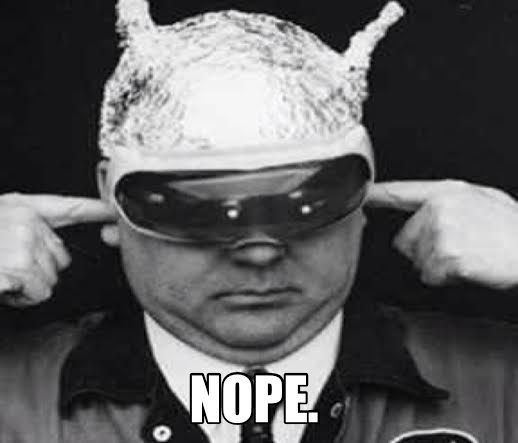 Some of the historical instances which typically get characterized as “science having been wrong” can be better understood as incomplete theories/models being conceptually re-framed in order to account for both the facts explained by the prior theory/model, as well as whatever (more recently acquired facts) made the modification necessary. In Read more… 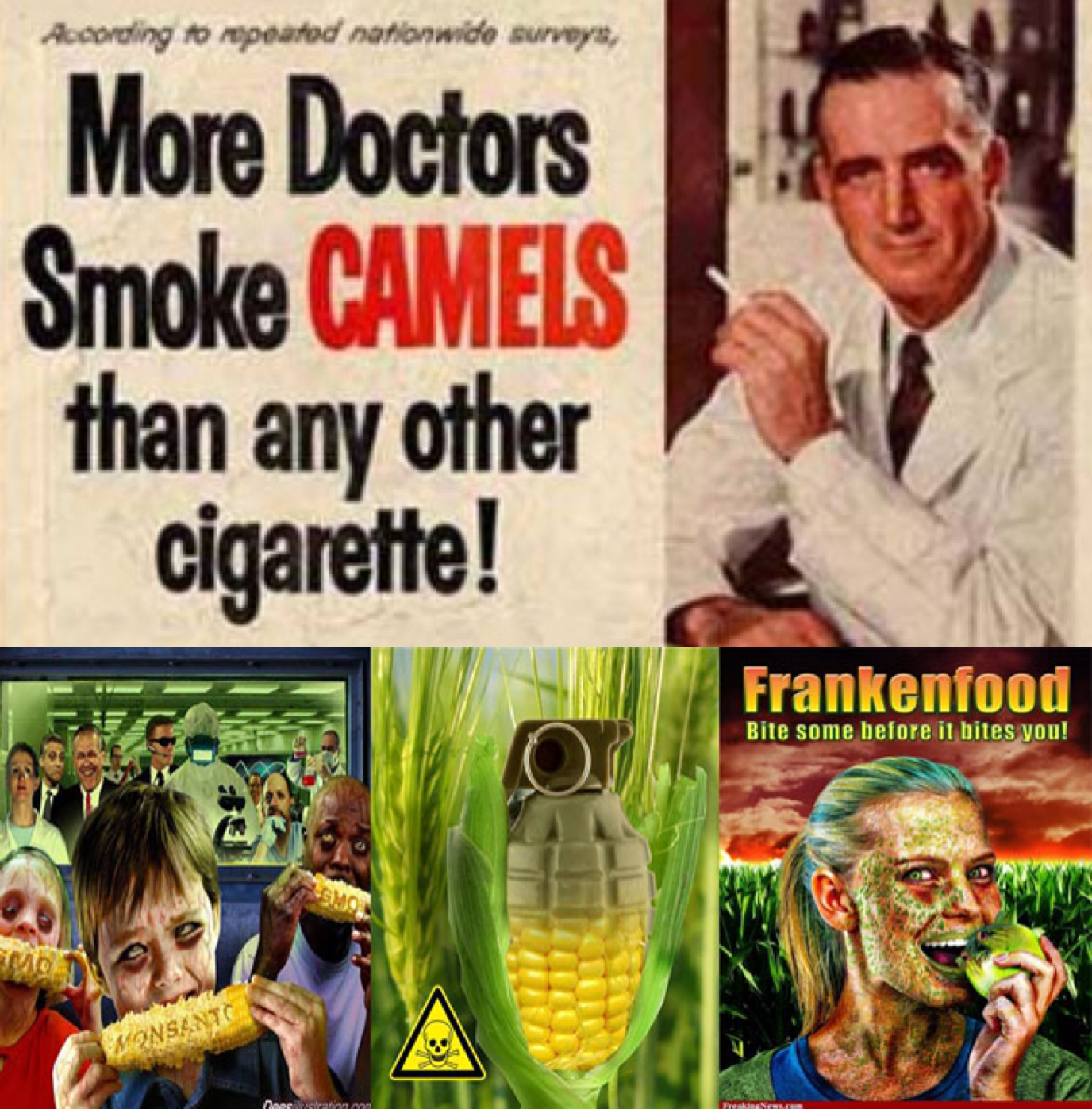 Bringing up pictures of doctors smoking cigarettes is a common tactic used by anti-GMO activists and other critics of “mainstream” science to cast doubt and mistrust on matters of scientific consensus by implying that a world wide scientific consensus can realistically be bought off by corporations, and insinuating that that Read more…