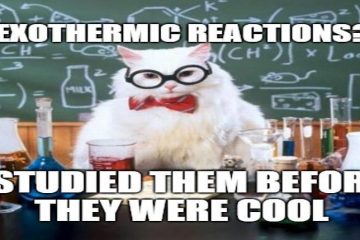 In a recent article, I talked about the 1st and 2nd Laws of Thermodynamics, entropy, and the distinction between state functions vs path functions.

More recently, I wrote another one in which I talked about heat, work, reversibility, and internal energy in thermodynamic systems.

At the end of the latter post, I mentioned in passing that the path-dependence of heat and work done by non-conservative forces makes it desirable to work with state functions whenever feasible, because it’s not always easy to know the precise path by which a system arrived at its current state from a prior one. That’s where a function called enthalpy comes into play. END_OF_DOCUMENT_TOKEN_TO_BE_REPLACED